Vehicles As A Service: where Uber, Lyft and the ridesharing economy are driving us

Depending on who you talk to, Uber’s either the devil or the disruptive darling. And, to a lesser extent, so is Lyft, Curb, Grab, Ola and what have you. These are applications that have taken the promise of ‘freeing up underutilized transport resources’ and turned that into ‘running a taxi business’, undercutting the old model in ways that don’t quite seem ethical. By turning drivers into contractors, Uber’s washed its hands of employer ethics – while at the same time using complex psychological trickery to keep those contractors working as much as humanly possible. 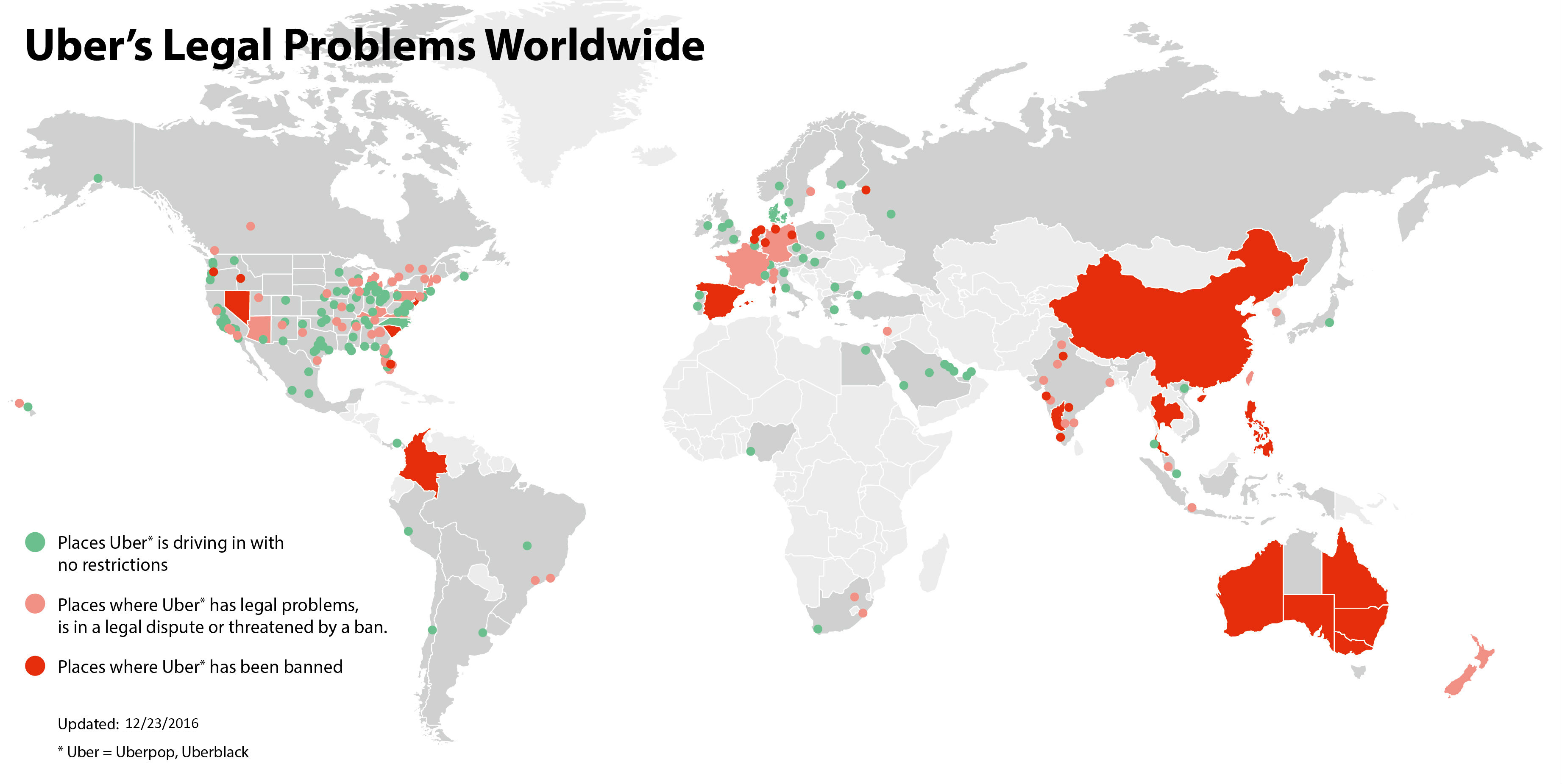 At the same time, it’s also investing heavily in self-driving technology, which promises to remove humans from the equation altogether. Why invest in something that destroys the basis of your own business?

One of our long lunchtime conversations at LIRNEasia (where I work) revolved around this.

On a very fundamental level, Uber’s mission to serve its customers is directly counter to the driver’s need for a sane lifestyle with plenty of rest in between. As the Nytimes article I’ve linked above shows, the more vehicles Uber fields constantly, the shorter passengers have to wait. What Uber appears to be doing is

b) running its drivers as ragged as they can to ensure users keep using the ecosystem, because of its constant uptime and low wait times

c) and at some point, removing the human element and putting entire automated fleets of vehicles on the ground.

This doesn’t solve the problem they claim to target (freeing up underutilized transport resource) but it seems to be the most logical step for them to take. We’re looking at a future where public transport is actually private transport – owned by large corporates, dominated by self-driving fleets that can show up whenever you need them. Human drivers, like seed stage funding, are the just the initial capital needed to get this show on the road.

Interestingly, Uber’s not the only one heading this way. Tesla is doing it in reverse. Tesla’s building the self-driving cars first. The cars will then link to the Tesla Network, which will have them drive around. It’s the exact opposite of Uber’s approach.

Personally, I’m more a fan of Tesla’s approach. It’s also easy to imagine large companies like Google, which already offer transport to their employees, deploying their own internal fleets of employee transport that can be summoned with Uber-esque apps. I’m pretty sure that this is fairly easy for Google to manage.

Physics is fond of pursuing a unified equation for everything. In that spirity, I must ask: how soon before we, the public, have a single unified app for all our transport needs?

Prefer reading my updates in your inbox? Drop me your email and I’ll keep in touch.

previousJR Handley (interview): the Sleeping Legion vs the world
nextThe Missing 90% of the Space Colonization Problem