Why I Love the Expanse

I’m in love with the Expanse. Ty Frank and the [slightly more reclusive] Daniel Abraham, writing as James SA Corey, seem to have built a media empire out of space opera, and brought back to SyFy something it’s been sorely lacking – characters blown slightly out of proportion, battles stretching from the Earth to the Belt, and – most importantly – politics.

Science fiction has always such a fruitful battleground for political conversation, but for some reason we haven’t had a lot of political story on scifi for the TV.  The greatest TV series of our times – I’m thinking Star Trek and Firefly here – use politics and culture as a set backdrop on which to sketch their stories; effective when you want to tell a good story, but a bit of a wasted opportunity nonetheless.

The Expanse, in that regard, is like a kick up the ass for the medium. Belters, born and bred into a sort of corporate slavery, wear OPA tattoos and dream of their freedom. The Martians build a military empire startlingly similar to Germany during WWII – a heady cocktail of technology, scorn and fear. Those from Earth exploit others with a beautifully written privilege and style.

Everyone has their own language, their own accents, their own sports and past-times. On everything you see the inescapable touch of war and a constantly mutating system of politics. It’s hellishly difficult to write this kind of thing.

And lastly, a nod to that beautiful microgravity.

It’s been said that the Expanse is Game of Thrones meets Battlestar Galactica. I disagree; A Song of Ice and Fire is probably unparalleled in [believable] political complexity and BSG was, well, BSG. But the Expanse is good enough to be great. In the Expanse, empires topple, people go to war, and everything changes everything else.

Now let me throw a monkey wrench into the works. It’s the future, right? Where the hell are the Ai? 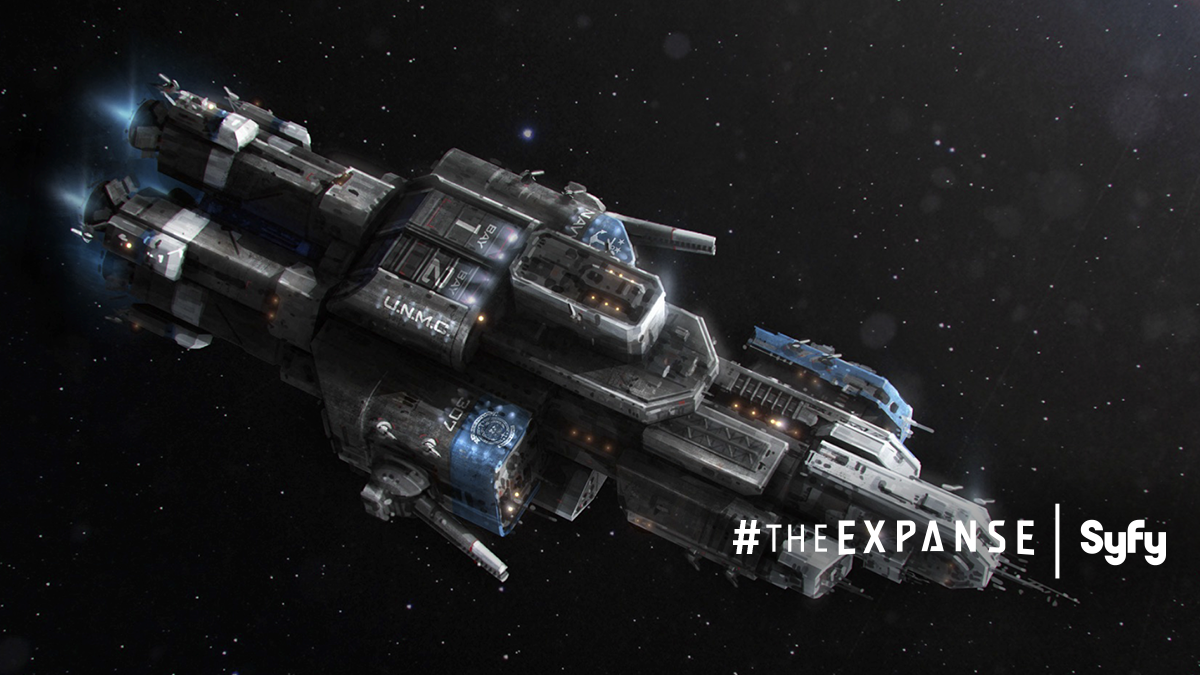 An Interview With James SA. Corey (in reality, an interview with Ty Frank) http://www.lightspeedmagazine.com/nonfiction/interview-james-s-corey/

An Interview with Daniel Abraham (the less vocal half of James SA Corey) http://amazingstoriesmag.com/2013/06/interview-with-bestselling-author-daniel-abraham-james-s-a-corey-and-m-l-n-hanover/

Spaceships of the Expanse
http://josephshoer.com/blog/2015/06/spaceships-of-the-expanse/