In 1993, Samuel Huntington wrote an article titled “The Clash of Civilizations”. In it, he expounded his theory that the world was basically divided into 9 civilizations – the Western, the Orthodox, the Islamic, and so on and so forth. He split these civilizations based not on economics but along racial and cultural lines, and explained that wars would happen where cultures clashed. It’s not the only classification, nor the most definitive, but it’s one of the better-known ones out there – and one of my colleagues happened to be using it. 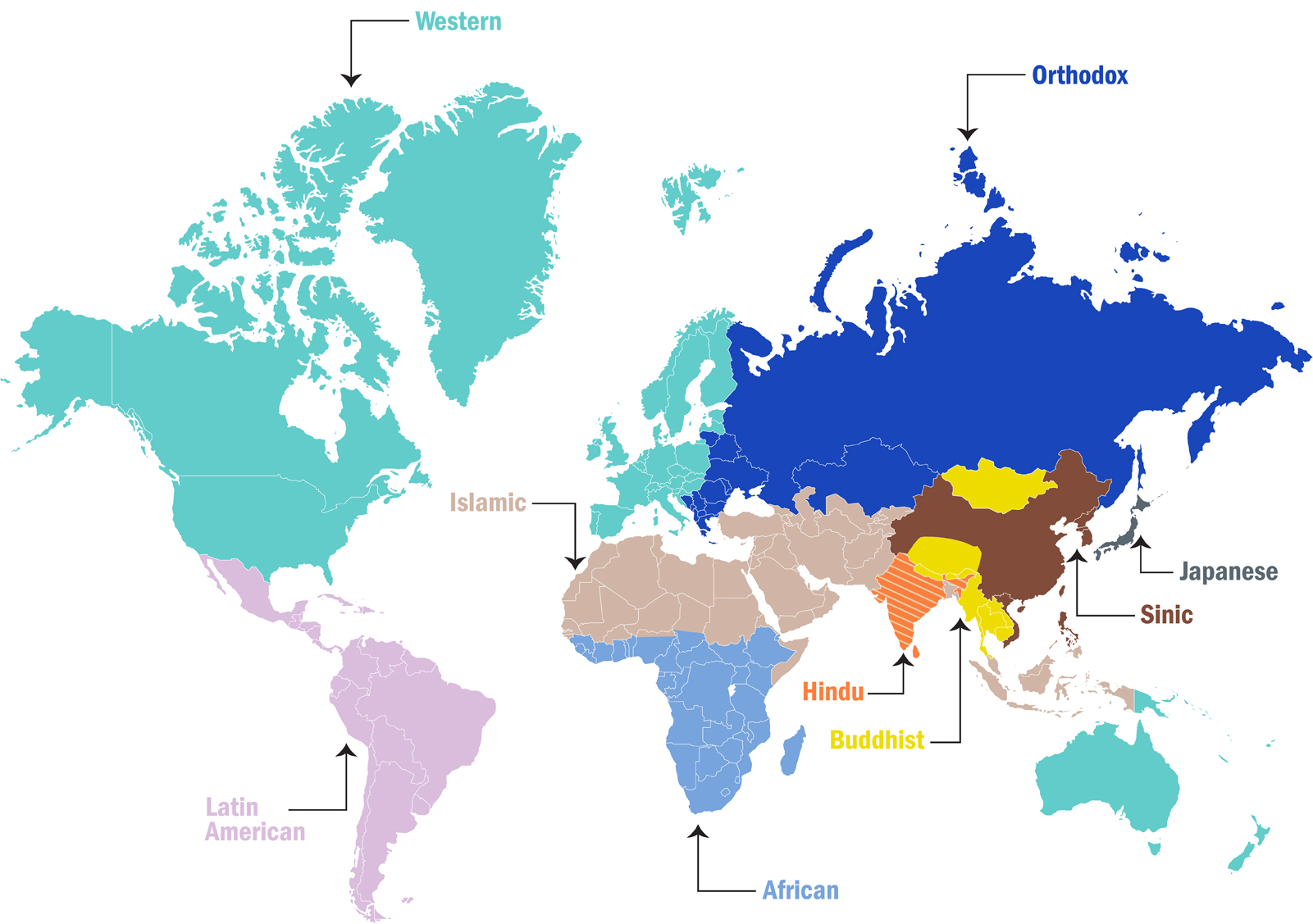 Working off a list of countries from CEPI’s GeoDist database, I read Huntington’s 1996 book on the subject and tagged over 200 countries by civilization blocs. Where his definitions ignored nations, I used currency to figure out the closest possible alliance to a bloc. The map above (not mine) should give a general idea of what the world looks like.

Here’s the CSV with the counrtries and classification. It’s on GitHub.

Huntington correctly predicted quite a few major political events – for example, that the West would eventually clash with the Islamic civilizations, and that Sudan would eventually split off. A few notes, though:

Feel free to update the file on GitHub if this is useful.

2 thoughts on “Huntington’s Civilizations: A Classification”

previousWhy I Love the Expanse
nextNumbercaste: Introspecting on the process of writing a novel